Why You Shouldn’t Be A Dabbler 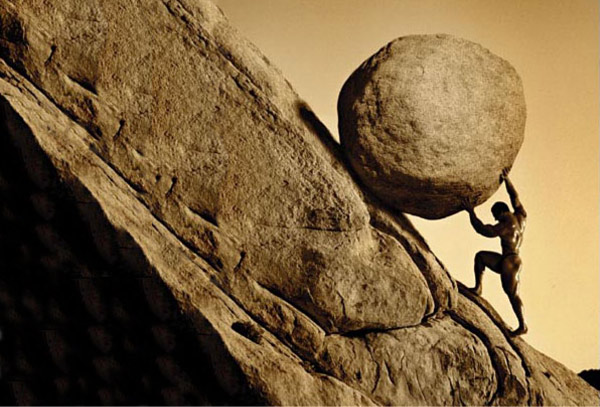 Why You Shouldn’t Be A Dabbler

. I’ve read or listened to this book, cover to cover, more times than I care to recount. Yet every time I come back to it something gets freshly reinvigorated within me. You see, what’s incredible about this book is how, in one brilliant maneuver, Steven simplifies the creative persons struggle by naming their primary enemy. He calls it resistance.

Resistance is the union of all those biological drives to conserve energy or avoid perceived danger. These drives prevent people from actually producing the artistic output of which they are capable, and resistance does so by any means necessary. It doesn’t matter how nasty or clever, resistance’s only goal is to stop you from sitting down and getting to work. Even worse, there is no quick and easy cure. The only way to beat resistance is to master the skill of…sitting down and doing your work.

I see this a lot in myself, and more and more in others. In my software development career its manifests in so many different ways – the primary mode has been flitting from technology to technology and paradigm to paradigm without allowing any one paradigm truly take root and be explored deeply.

I call this dabbling. At it’s simplest it’s wandering from thing to thing without investing enough time to let anything change you. Why is dabbling so bad?

For starters, dabbling is working with the gravitational pull of your own forgetfulness rather than actively fighting against it. For this reason it’s a recipe for shallow understanding and unimpressive accomplishments in every area you explore. A lifetime of dabbling is a more-or-less wasted one.

Even worse is that dabbling prevents you from gathering together the tools to accomplish very long term goals. It prevents you from learning two of the most important skills – resilience and consistency. You see, most of the things worth achieving are so big that they can only really be accomplished by developing a habit – that is, by putting in a small amount of work each day for a long period of time.

In “Good To Great” Jim Collins uses the metaphor of the flywheel to describe the momentum that something like this can build up. A flywheel is a device consisting of a heavy wheel and an axle on which it can rotate – it acts as a store of rotational energy and momentum. It initially takes an immense effort to get the wheel started spinning, but as the input of work accumulates there comes a point where the wheel’s own momentum makes turning it easier and easier. This is the same effect produced by putting in a small amount of effort every day. Initially it’s hard to just sit down and get started, but do this for long enough and eventually you’ve accumulated a vast store of work. Before long, you’ve reach the point where it’s just easier to keep going than it is to stop and change directions.

So why do we dabble and how can we stop?

Lots of reasons. Sometimes, I think we dabble because we haven’t become self-disciplined enough to know that the things worth doing aren’t always going to be things we feel like doing. Other times, I think we fear either our own failure or, even more diabolically, our own success. Still other times, some of us dabble because we’re looking for a magic pill, a shortcut, something that will give us the result we want without us having to actually put in any work. This last one is worst, because it often feels like you’re doing work, it might even feel like we’re working smarter – usually, however, we’re just being lazy. In the long term perspective, even if we do find a shortcut this time, we haven’t actually gained anything lasting. Next time we’re forced back to this same strategy, and eventually, if we keep relying on it enough, the tank runs dry, our luck runs out, and we sputter to a stop.

The only cure is to actually knuckle down and do the work we’ve been avoiding. To drag ourselves kicking and screaming in front of the keyboard or out to the gym. You see, the only cure for procrastination is reducing the amount of time between wanting to do something and getting started on it.

So next time you find yourself dabbling, remember to stay committed for the long haul and gather some tools to help you do so. Easier said than done I know, but what are you waiting for? Get some skin in the game!

Now, an opaque Nietzsche quote on this topic:

The ice is near, the loneliness is terrible—but how serenely everything lies in the sunshine! How freely one can breathe! How much one feels lies beneath one! Philosophy, as I have understood it so far is a voluntary living in regions of ice and high mountains—the seeking out of everything strange and questionable in existence, everything which hitherto morality has forbidden.


Your email address will not be published. Required fields are marked *